You are here: Home / Literature / Book Review: Return Of The Trojan Horse 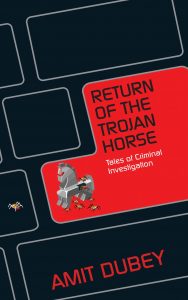