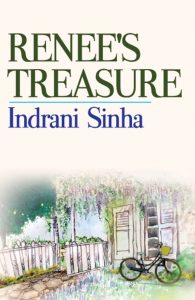 (This is the 2nd episode in my ‘Forgotten Cricket Moments’ series. For the 1st episode, click HERE.)

In the ongoing ICC Champions Trophy, India comprehensively defeated South Africa today in a do-or-die encounter at the Oval, London. It can also be said that South Africans once again lived up to their nickname – chokers.

The team has been consistently falling apart in crunch games in world series since 1996 Quarterfinal loss against West Indies (I don’t blame them for the 1992 World Cup Semi-Final defeat). Following this, three or four generations have continued the tradition of succumbing in big games in ICC tournaments.

With today’s loss, South Africa has failed to reach another final of a world series. At least, this is the general belief.

Now, what if I tell you that South Africa has not only been in the final of a world series but also won the trophy? No, I am not talking about the triumph of its Under 19 or Under 15 team, but the proper men’s team.

South Africa’s first achievement in that series was that it reached its first final by defeating Sri Lanka in the Semi Final by 92 runs (Duckworth-Lewis [D/L] method).

The final between SA and West Indies was truly exciting. Batting first, West Indies were all out for 245 with three balls to spare. At one point, they were on their way to go past 300. They were helped by Philo Wallace’s 103 off just 102 balls with 11 fours and five sixes. But Jacques Kallis had other plans with the ball. He finished with outstanding figures of 5 for 30.

The South African openers started off well with a 54 run stand. But the team kept losing wickets and were 137 for 5 when Jonty Rhodes was sent packing. It seemed they are all set to succumb once again. But this is when the late Hansie Cronje, their captain, took matters in his own hands.

He had two crucial partnerships with Dale Benkenstein and Derek Crookes. South Africa was eventually home by six wickets and three overs to spare. Cronje was unbeaten with a responsible and brave 61, which had four fours. But it was Kallis who was declared the Man of The Match as well as the Man of The Series.

The ICC Champions Trophy started out in 1998 as ICC Knockout and the series was called Wills International Cup. As per the name, it was a knockout series participated by all test playing nations; nine at that time.

This was the world series that South Africa won. But, unfortunately, very few of us remember.

Of course, there is no denying that it is weird to see South Africa faltering so very often in crunch games in world series. But it is certainly wrong to say that they have never won any.

See the scorecard of the match HERE.