You are here: Home / Bollywood / Om Puri: I like working with someone better than me (old interview)

Today, Om Puri reminded us the law of nature. The great artist passed away at his residence in Mumbai following a massive cardiac arrest. He was one artist for whom the word ‘irreplaceable’ can be used. Below is an old interview of his that I took for the annual 2014 issue of Trade Guide magazine. It is been posted with due permission of the publication.

A name like Om Puri doesn’t need any formal introduction. By going strong in the field of acting for 40 years, he is easily one of the finest acting talents the country has seen. For the special annual issue of Trade Guide, the veteran artist gets candid exclusively with Keyur Seta over his career and the recently concluded year.

How would you describe your more than three decade long journey in Hindi cinema?
I am quite happy with my career to be honest. I have not only made a mark in art-house cinema but have also been a part of commercial cinema. Plus, I am also a known name in the west. So surely I am quite happy. But unfortunately, our cinema doesn’t have much material for elderly actors unlike the west. They have a lot of subjects where elderly actors are the main leads.

You started off by getting a job at a theatre group when you were very young. At that time, did you ever imagine that one day you will be counted as one of the finest actors?
No, I never thought that. I just kept working hard with sincerity and honestly and didn’t think about anything. I was focused. 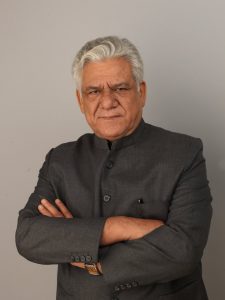 Naseer sahab (Naseeruddin Shah) has been your companion all through your acting journey.
He has a huge contribution in making me a better actor, knowingly or unknowingly. He was the one who inspired me enroll at the Film and Television Institute of India (FTII) in Pune. As I had no money to study at FTII, he told me, beg, borrow or steal but come here. He said there is no future in Delhi. So I will always be grateful to him. We have been friends since almost 44 years now.

How was the year 2014 for Hindi cinema according to you?
To be honest, I don’t think the year was too exciting. I also feel that we have too many urban films made these days whereas a large chunk of our population stays in villages. Films about village and its issues are very rarely made. In fact, they are not made anymore.

A lot of unconventional films are tried in mainstream Hindi cinema nowadays.
Yes, there are filmmakers who are making good meaningful cinema. I am not denying that. There are a number of such filmmakers like Dibakar Banerjee and Anurag Kashyap who make films with good content.

What are your expectations from our films in 2015?
Firstly, I don’t agree that films are just meant purely for entertainment. It is such a powerful medium that it can participate in educating the society. It has the ability to inspire people and create values. Today a lot of youngsters are into drugs and all such notorious activities. So cinema can play a role in it. I am not saying there shouldn’t be entertainment. But entertainment should have some weight. JAANE BHI DO YAARO was entertaining but it also carried a message. So along with entertaining films, there should be some serious films, which aren’t biased and prejudiced. One such film was OH MY GOD.

These days, 100 crore club is becoming smaller as 200 or 300 crore is considered the ultimate achievement.
There is no end to it. It is purely commerce and business. It is sad that cinema is only being treated as business. I can understand that there is a big investment. Of course, whoever spends money on a film should get the returns. But a person recovering 10, 20 or 50 times the money spent is a bit ridiculous. Why don’t you make more films? For example, instead of raising the price of one toy, why can’t I make 15-20 toys and keep making money?

But this was started in 50s itself. Initially, artists from various fields of theatre migrated to cinema. Once cinema established itself as a fruitful business, it attracted businessmen, who had no creative affiliation or background. They were purely businessmen, who started dictating terms for making films successful. Otherwise, that era was known for producing meaningful films by people like Bimal Roy, Gurudutt, V Shantaram, etc.

Do you think the current audience is more willing to watch off beat films as compared to 10 or 20 years ago?
There is nothing like that. It is just that off beat cinema should not be boring; it should be interesting. You can either write an essay or a short story. People aren’t interested in essays unless you are a literary person. But people like reading stories because it interests them. Very few people read editorials in newspapers; they like reading headlines and news. So you should not treat cinema as an editorial. ARDHA SATYA and AAKROSH didn’t have songs but they were successful films. The same was the case with films like KANOON and ITTEFAQ. When I was a student, I saw OONCHE LOG and I liked it although it didn’t have songs.

Any actor you haven’t work with yet but are eager to work?
I am ready to work with anyone. I would like to work with someone who is better than me because that will enable me to give my best.